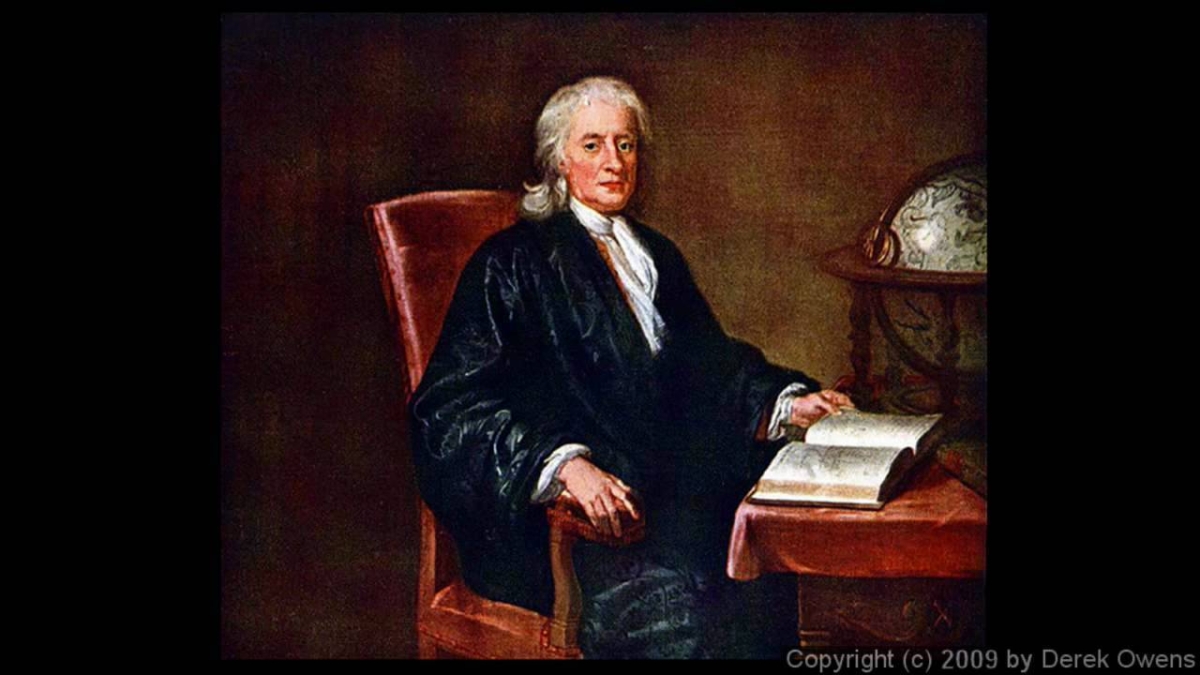 “This most beautiful system of the sun, planets, and comets, could only proceed from the counsel and dominion of an intelligent and powerful Being … This Being governs all things, not as the soul of the world, but as Lord over all; and on account of his dominion he is wont to be called Lord God.”(Newton)

“When I wrote my treatise about our system, I had an eye upon such principles as might work with considering men for the belief of a Deity, and nothing can rejoice me more than to find it useful for that purpose.”(Newton)

On interpreting Scripture: “It is the perfection of all God’s works that they are done with the greatest simplicity … And therefore, as they that would understand the frame of the world must endeavor to reduce their knowledge [science] to all possible simplicity, so it must be in seeking to understand these [prophetic] visions.”(Newton)

“The true God is a living, intelligent and powerful Being … He governs all things, and knows all things that are or can be done.”(Newton)

“I don’t know what I may seem to the world, but, as to myself, I seem to have been only like a boy playing on the sea shore, and diverting myself in now and then finding a smoother pebble or a prettier shell than ordinary, whilst the great ocean of truth lay all undiscovered before me.”(Newton)

“For Newton the world of science was by no means the whole of life. He spent more time on theology than on science; indeed, he wrote about 1.3 million words on biblical subjects. Yet this vast legacy lay hidden from public view for two centuries until the auction of his nonscientific writings in 1936.”

“Newton’s understanding of God came primarily from the Bible, which he studied for days and weeks at a time. He took special interest in miracles and prophecy, calculating dates of Old Testament books and analyzing their texts to discover their authorship. In a manuscript on rules for interpreting prophecy, Newton noted the similar goals of the scientist and the prophecy expositor: simplicity and unity. He condemned the “folly of interpreters who foretell times and things by prophecy,” since the purpose of prophecy was to demonstrate God’s providence in history when “after [prophecies] were fulfilled, they might be interpreted by events.”

A member of the Anglican church, Newton attended services and participated in special projects, such as paying for the distribution of Bibles among the poor, and serving on a commission to build fifty new churches in the London area. Yet Newton seldom made public pronouncements regarding his theology. He is remembered instead for his pioneering scientific achievements.” (Charles E. Hummel , ChristianityToday.com)

“When Isaac Newton died on March 31, 1727, his estate included a massive amount of unpublished material. Almost 2000 short manuscripts, haphazardly housed in numerous boxes, bore testimony to the extraordinary range of Newton’s interests. Along with the expected jottings on scientific and mathematical topics was a surprising number of items devoted to alchemy. But the vast bulk of this material, well over two million words, was devoted to religious themes—chronology, prophecy, the apocalypse, and the history of early religion and of the Christian church....”, “....We also get to understand how Newton’s subscription to two fundamental Protestant principles—a deep suspicion of idolatry and a commitment to the primacy of scripture—formed his theological thinking.”

“Newton’s doubts about the Trinity were not fueled, as for some of his contemporaries, by a rejection of revealed truths and a deistic demand for a rational conception of God. For Newton it was simply that he could not find the Trinity in scripture—for him the supreme authority. His textual and historical investigations, moreover, showed how this “idolatrous” conception came to be incorporated into Christianity. We also discover that in spite of the obvious strength of his religious convictions, Newton was an advocate of toleration and religious freedom. Genuine religion he regarded as less a matter of correct belief than of right living and personal piety.”(Rob Iliffe, History of Science at the University of Oxford )