God has send His angels to mankind on all occasions that men and
women have trusted in that Source of Truth and relied on God, called
on
God for the answers and for guidance to do what was right.  Abraham
Lincoln, who learned to read by reading the entire Bible, was one such
man of God. The account below, using different terms than many people
do today, is one such account of how God directed President Abraham
Lincoln to free Americans from oppressive  slavery practiced by Spanish
immigrants who emigrated to USA even at the beginning of this nation's
birth.
The book written by the woman below was a devoted Christian prophetess,
who would fall into trance at prayer meetings and Holy spirits, angels would
utilize her voice in the same manner that all prophecy is spoken, sent from
Heaven. Although her words were written to suit her readers and to use their
language, it is nevertheless well documented that President Lincoln did in
fact receive many prophecies of guidance from Heaven when he prayed
so fervently for God to intervene and to preserve this nation, the United
States of America
WAS ABRAHAM LINCOLN A CHRISTIAN SPIRITIST ?

President Lincoln was a devoted follower of Jesus Christ. His faith was pure and steady.

His prayers were sincere.

and his belief in that Voice from Heaven that Jesus Christ promised, the holy spirits of

truth as the ministers of  God (Hebrews 1:14)  was  the only Source he sought after. 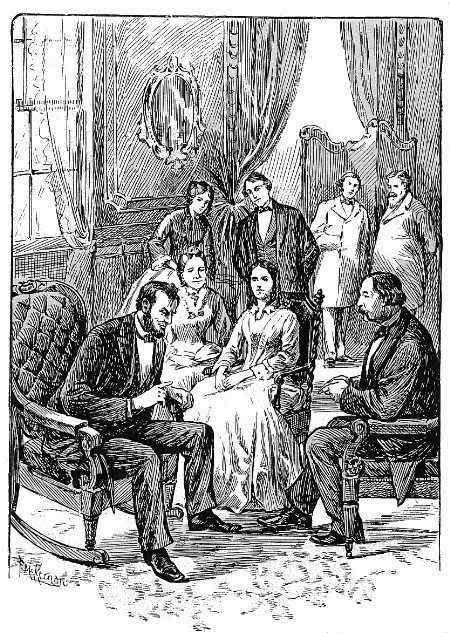 When Abraham Lincoln, was proven that God does send supernatural help, he  accepted the evidence in faith. He tested the good characters of his prayer partners, and remained in prayer many times with them until God send His answer, not different than Moses, or the apostles in the  Upper Room at Pentecost.  The  Christian prophetess God utilized  was named Nettie Colburn Maynard and was well known as a very devoted follower of Jesus Christ in that day. 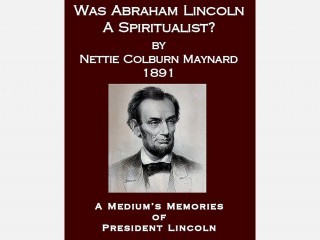 This book in it's entirely below, published in 1891,  verified that Abraham Lincoln  relied on the Divine intervention,

from Heaven.    Below is the entire book on this topic. We hope you enjoy it,

a rare glimpse into the history of a Christian president and his life.

Click below on the link, please save a copy on your computer. The internet isn't

like a paper book. Websites tend to go offline now and then.