Mickey Rooney the famous actor meets an angel in a restaurant in Lake Tahoe, California.

This is the transcript of the interview with Mickey Rooney by the host of her show, Sally Jessy Raphael: 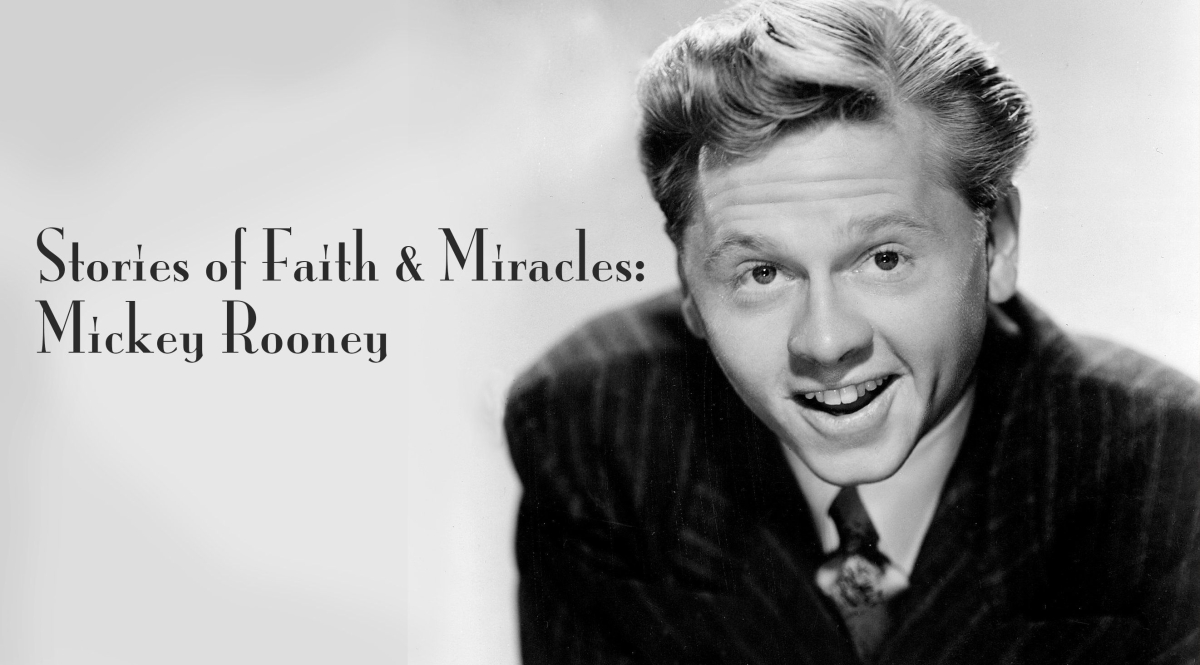 Sally Jesse Raphael: “We are back with Mickey Rooney, All right

it's important since we started it, if

you would to tell us you were in a

coffee shop or something?”

Mickey Rooney: “ Yes up in Lake

Tahoe and I was very depressed, down. One

of the down periods of our lives you

know. If anybody says that you know you

don't everybody in the world

Everybody gets lonely no one escapes it.

Anyway I'm depressed and I'm there

having my breakfast in the morning

with one of my buddies and is

about nine people at the table and it is

so boisterous and and the noise is a

cacophony of everybody talking and it's

everybody's being served in somebody's...

and they're all talking at the table. No

one's talking to each other and nobody's

listening. And a certain young gentleman

busboy he had a white coat, his hair

gossamer. It was gossamer. You've never

was like gold, was a hue and he leaned

over the table directly to me and I

thought all the other people saw him too

and he said are you Mickey Rooney and I

thought maybe I was being called for a

telephone call or something you know,

you're wanted on the phone.

And I said yes I am Mickey Rooney and he

leaned in and he said Jesus Christ loves

you very much and he knows what you're

and I turned to Joey Foreman is sitting

right to my right here and I said Joey,

Joey did you hear this?

He said hear what? I said what this

young fella just told me. He said what young

fella? Are you, what's that, you, huh? are you all

right? I said yeah, I said you saw him

I didn't see him. No one saw him. So after we

left the table I went up to the maitre'ess

who was sitting everybody down and

but it was a lady so I said have you

got a busboy here with this golden hair

and so on so it's outside she said no

there's no such boy here you can look

around anywhere you want Mr. Rooney and

I said well I'd be very happy to. I went

into the kitchen, I went into where they

were washing dishes I went all over the

place and I went upstairs in my room

still not understanding and I said I

at that time right out on my balcony was

and I opened the French Venetian door he

said, “You looked for me that's all I

Needless to say my life changed after

Sally: “ That's why in in your

mind you are able to do the seven

all those people have gone and you've

seen all this history of show business.”

it's more than I survived. If anything

see “but how can you

have all this energy?”

something, this man was the ping-pong

champion of California for five years